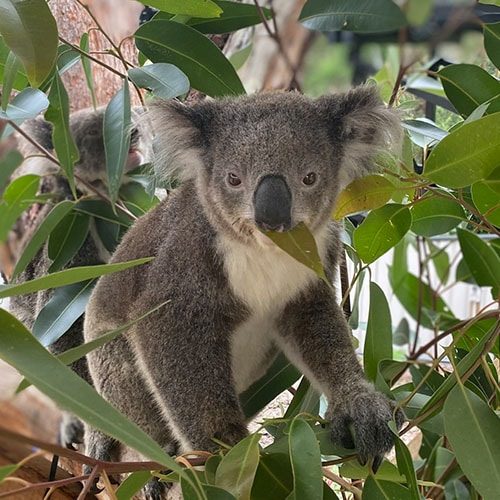 Eila is one of the koalas caught in the Mambo wetlands fire late in 2018. She has badly burned paws from climbing a burning tree. She has had extensive treatment for her burns and has responded well but will still be in care for a long time while she recovers. While Eila was in care it was discovered that she had a tiny joey on board. 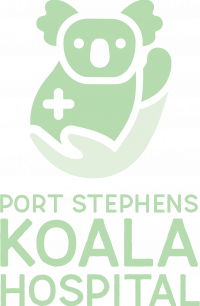